This morning was the first day of the season that felt quite cold. I spent most of the day shivering, until I finally put on leggings and a sweater in the afternoon. The chilliness made holding a cup of steaming coffee after breakfast seem all the more enjoyable, and the sun streaming through the windows brought the slightest bit of warmth to the otherwise crisp air.

Second to spring, autumn is my absolute favorite season.

I like wearing loose sweaters, feeling the sharp air on my face, and baking pies. I like eating steaming nabe (Japanese hot pot dishes, such as boiled cabbage with mushrooms and chicken), and wrapping myself in a soft, warm scarf (マフラー in Japanese).

Living in Japan means that the feeling of fall is also just a bit different from what I grew up with.. 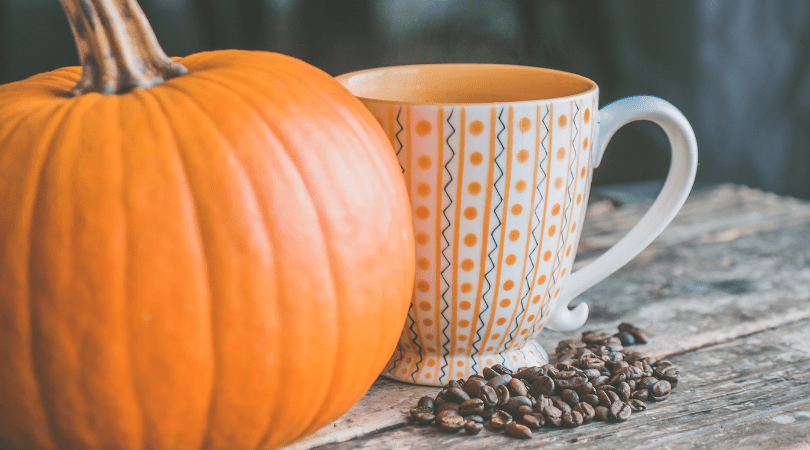 ..first, beverages are not “pumpkin spice” flavored come October. Instead, if you live in the city, you might encounter seasonal beverages like Starbucks hojicha frappuchino (based on a traditional Japanese tea), or raspberry white mocha.

In the countryside, we are not near a franchise as globally established as Starbucks, but the nearest grocery store offers the next best thing in fall flavors: sweet-potato flavored snacks, including salty cracker sticks.

There is also no “Thanksgiving” in Japan, although there is a holiday (Labor Thanksgiving Day), that nearly coincides with the American date.. a fortunate coincidence for expats! Some immigrants and bi-cultural families (including ours) hold Thanksgiving celebrations, and some international restaurants in big cities also offer special Thanksgiving plates come late November.

Some things about autumn have not changed from my childhood memories, including the colorful foliage of trees, the freshness of the air, and the overcast skies. 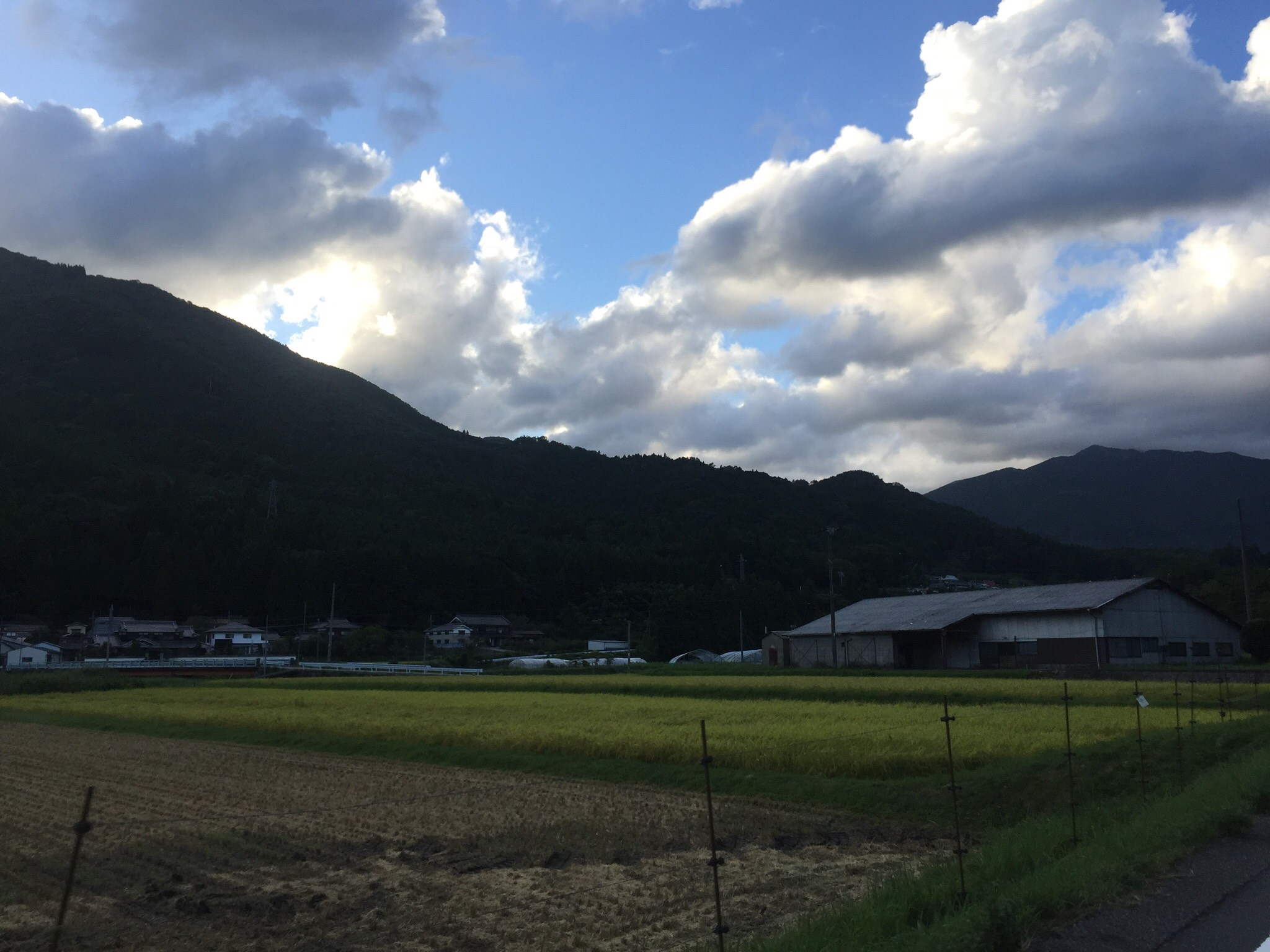 Other things are new, like the heavy smell of smoke (and accompanying sneezing) from farmers burning rice residue. Most of the neighboring rice fields have been harvested to bare ground, and sheaves of rice hang over wood structures, drying under the sun.

This year, we have our own harvest: tomatoes are starting to ripen, and snap peas and edamame can be collected fresh off the vine. Our only loss was an eggplant stolen by what we assume was a wild animal.. a deer? a monkey? We’ve had recent sightings of both!

Indoors, there have been changes as well. I started decorating for fall a few days before October even began, with mini-pumpkins (half real pumpkins and half fake, because budgeting is important!), leaves, candles, pine-cones and flowers (bright red and yellow zinnia) picked from the garden.

During the last few weeks, in addition to enjoying the changing seasons by decorating, walking outdoors, and picking wildflowers (see photo below), my husband and I have been busy with work, appointments, and annual paperwork such as completing my visa renewal documents. 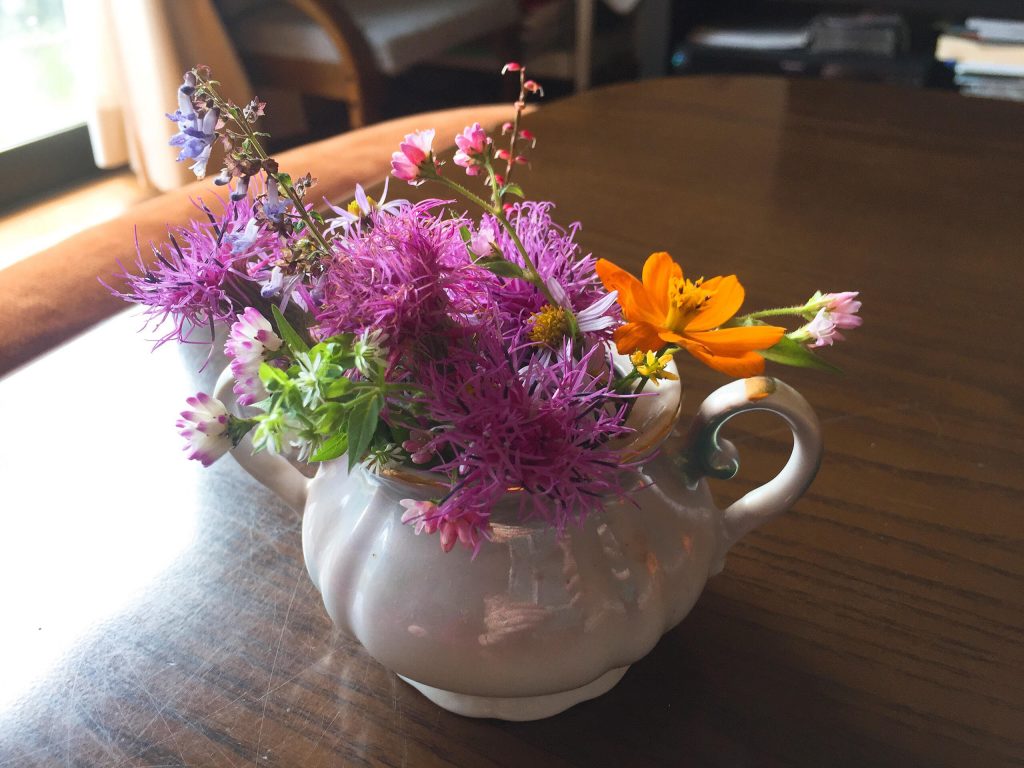 Everything is at once busy and calm, and at least for now, we’ve struck a rhythm that works.

Often, autumn is thought of as a time to reap a harvest from what we sow – but as I recently viewed shelves of tulip bulbs in a home center, I realized that it is also a time of planting flowers that we will not see bloom until the following year.

It is a season for digging down deep, even when we don’t see immediate fruit. This year, perhaps similarly, we are growing roots, in the hopes of producing a bigger harvest next year. Fruit.. like an even deeper sense of home, community, and connection in this new soil where we’ve been planted.

And though the mornings may grow more chilly, our hearts remain warm.

What are your favorite things about fall?