The chill that signals the end of autumn has arrived in the mountains, and nearly all of our flowers have died or stopped blooming (aside for a stubborn rose plant, and a few zinnia). The cool air caused some of our late season tomatoes to drop off of the vine prematurely, so we harvested them green. 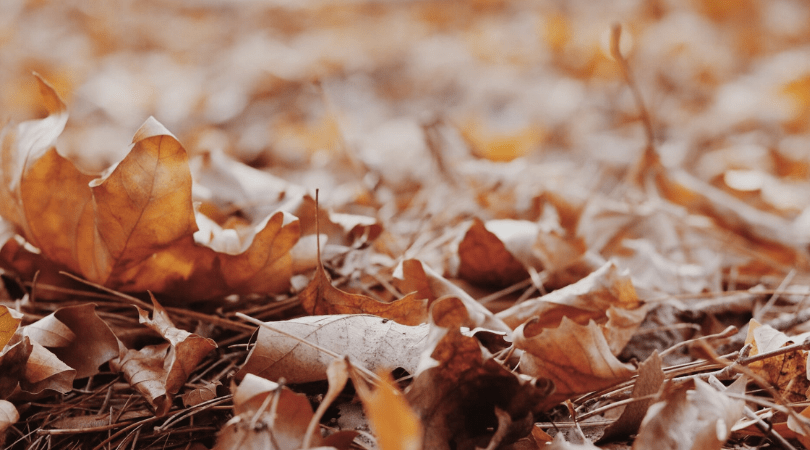 There are still garden chores left before the first snow falls, and Masashi and I have been busy preparing for next year’s growing season, including making sure that our plants are pruned back, and protecting those that are vulnerable.

We used recycled plastic bottles (cut in half, with the labels removed) and plastic bubble wrap to create makeshift greenhouses for some of the weaker plants. Most of our unused garden space we covered with cardboard to deter weeds.

Our work also increased unexpectedly, as we recently acquired more area for planting. Our neighbor returned a piece of land that belongs to us, which he had been borrowing. Now in his 90’s, he decided that it was finally time to downsize his work efforts.

So, we have been preparing the land for use next spring. Half of it is unusable, and very water-logged. It used to be a rice field some years (or decades?) ago, and the drainage is poor. In addition, since the land lies at the base of a hill, the water from above naturally collects below. During the rainy season, the field sometimes floods.

A drainage pipe that must have originally been intended to remove the excess water is set too high to allow the water to be drain from the area, so the ground becomes soggy. Only in extreme weather, such as a typhoon, does the pipe prove useful as a drainage source.

By digging a small, winding river to allow the water to drain, we hope to create a beautiful garden landscape that will also prove useful in preventing flooding, and eventually in making the whole field usable. We are still novices about everything related to homesteading, but hopefully our efforts will prove meaningful!

In addition, we are in the process of building Hugelkultur garden beds. To put it simply, Hugelkulturs are raised garden beds created by making a mound of wood and compost materials, which is covered with dirt. This promotes gradual decomposing of the materials, which provides nutrients to plants, increases the soil quality, and raises the soil temperature. Since the wood can hold water, over time Hugelkulturs also minimize the need for frequent watering.

Hugelkultur beds often produce more flourishing crops, as seen in a blog post with comparison photos between a traditional garden bed and a hugelkultur bed (see here). There is also an explanation of Hugelkulturs in the Japanese language, here.

We recently removed some trees from our property, so this provided a great source of wood to create the raised garden beds. We also were able to use wood that had been left to decay after a nearby building project was completed.

In rural Japan, farming methods such as hugelkultur beds are still largely unknown. This means some of our neighbors have been skeptical!

Two local obachan’s (older ladies) passing by on a walk eyed our progress with confusion, but eventually yielded words of approval: “eh koto yaru na” (ええことやるな) they commented, which is along the lines of, “you are doing a great job!” in the local dialect.

When countryside land gets taken for granted, anything related to gardening seems justified, even if mysterious.. and although we cannot say whether our efforts will prove worthwhile, as the leaves fall and wood rots, the hope of a bountiful spring keeps us occupied.

As amateurs, we often wonder: is this really going to work? Are we doing it right?

It’s hard to imagine a future harvest when the ground is bare and the sky is grey. Yet, in looking back, it’s hard to believe how much our house has become a home since we moved in last April. We’ve decorated rooms, planted vegetables and flowers, and worked hard at creating our home business.

Slowly, almost imperceptibly, there has been change, and growth. We’ve been building a foundation.. one that (we hope!) will grow stronger year by year.

What are your favorite gardening methods?