Recently I was asked to paint a picture of my surroundings with words, and this is what I wrote:

It’s been raining, frosting, and snowing on and off over the last few days, with bits of bright sunshine in-between. Outside it is silent, aside for the sound of a few birds, the peeping of deer, and occasional construction.

Now that the winter is beginning to wane, workers are busy trying to fix roads and mountainsides that were damaged last year during the heavy typhoons. There is also the infrequent sound of farming equipment on warmer days, as rice farmers begin to repair fences, and prepare fields for planting. 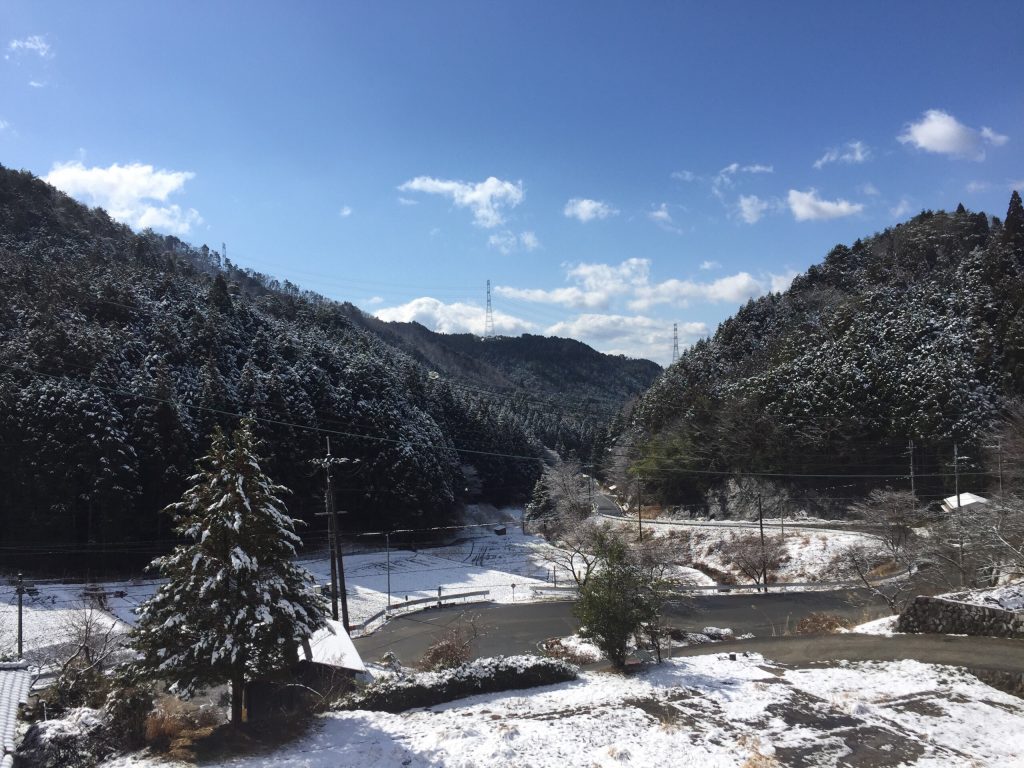 Inside, there is a whir of space heaters and humidifiers. In the “office” upstairs, there are tax documents spread across the floor, and dozens of projects that have not yet been put away.

As someone who grew up in California for most of her life, I often feel that winters in Japan stretch out longer than I’m used to.. . though the first snow of the season is exciting, when the surrounding world resembles the inside of a snow globe, eventually joint stiffness and icy flooring begin to take their toll.

The rareness of central heating in Japan means huddling over kotatsu (low heated tables), which can lead to the feeling of being a hunchback. We wonder if it’s the reason so many seniors walk with crooked spines – something I have not seen as frequently with older people outside of Japan. My mother-in-law has also been to the doctor about neck pain several times in the past few months.

Every night Masashi and I turn on an electric blanket beneath the blankets of our bed about an hour before entering the bath, and then remove it just before burrowing beneath the comforters. We also use humidifiers and space heaters fueled by gas, and wear chanchanko (similar to a padded robe for your upper body) indoors.

I have learned to wear at least two pairs of thick socks in addition to slippers to avoid itchy red sores on my feet from the cold (chilblains), and Masashi brought a foot warmer into my office to help prevent this painful condition.

This winter, despite being my least favorite season of the year, has also been a time of productivity and preparation. As it gave way to spring, Masashi and I created and printed flyers for our home business, delivered some to local newspapers, and biked across Himeji delivering about 9,000 more. We opened demo classes in Yamasaki and Himeji, and received a great response.

December through February was a time of anticipation and preparation, but now we begin. We see the time that we have invested prove itself as predictably as the daffodils that reach toward the still-grey sky. The investment has been hardy, and the fruit of it is visible. 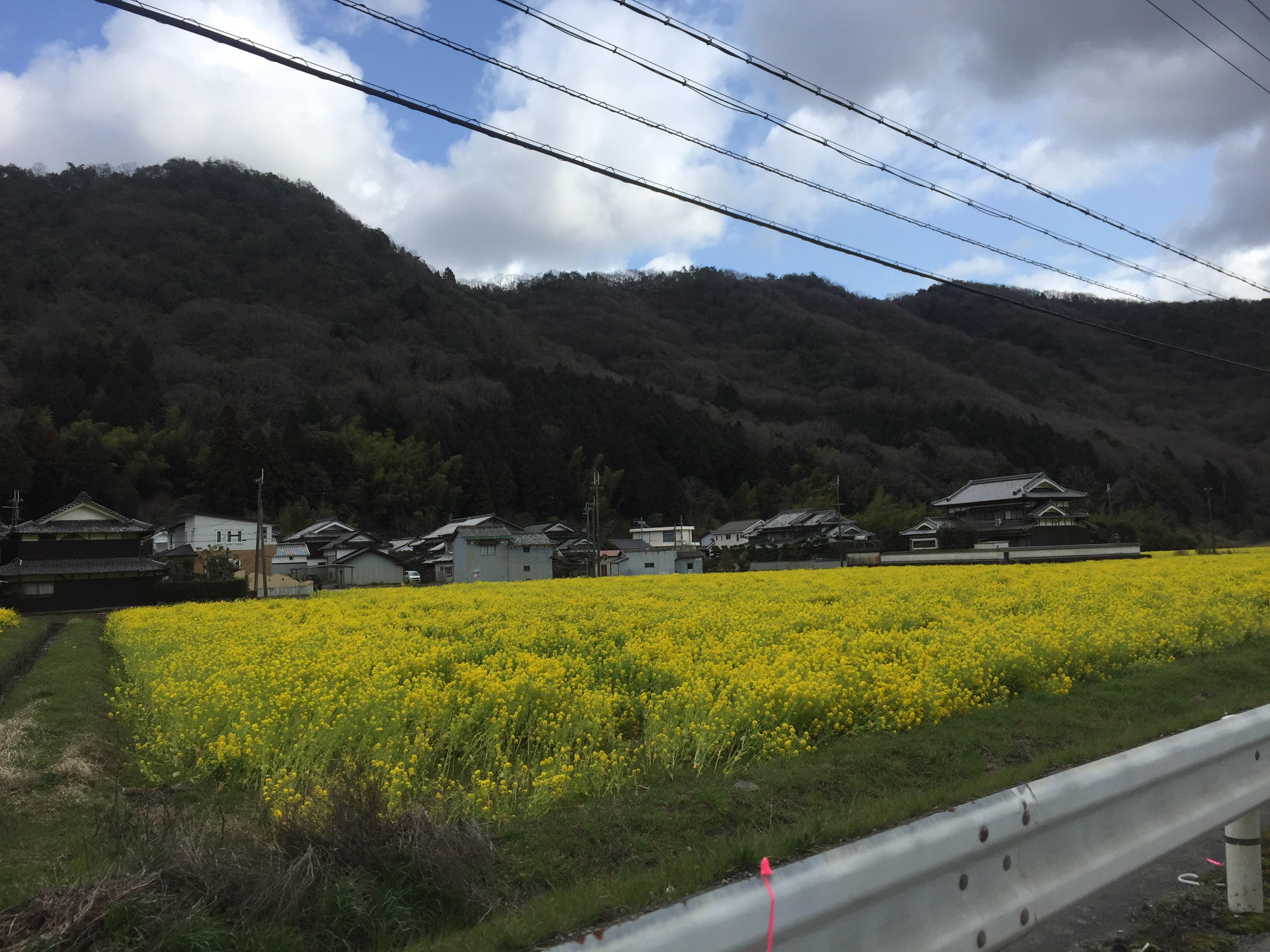 Like the saying, “in like a lion, out like a lamb”, this March began with challenges.. but as the month continues, the rough edges soften. The rain dies down. The frost will not hold its reign forever, and spring will come with full force, and a chorus of songbirds that won’t be silenced.

In the mountains, March storms still roar. Yet in the city of Himeji where we drive twice weekly, the climate and landscape is completely different: warm, wet, busy.. full of weekend traffic, and it feels a century ahead in terms of people’s lifestyles, and a month ahead seasonally. Above is a photo of flower fields we spotted on the way to Himeji from the car.

Sighting something other than bare dirt and branches thrilled my soul. Hope is here. Nature reflects the soul-lessons we learn anew each year. The branches will bud again. The dirt will bring forth life. Our business will grow. And now we begin.

What do you learn from nature?