Before coming to Japan and later moving here, I was guilty of similar assumptions! So, I would like to share a few common misconceptions about Japan, and some insight into what Japan is really like. 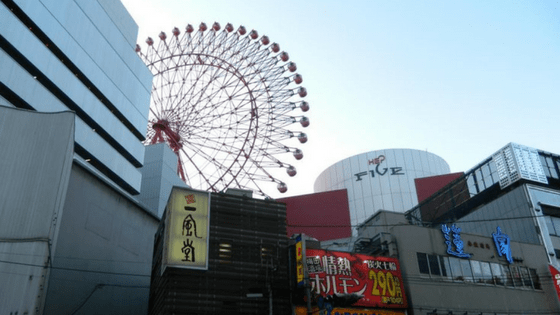 Misconception 1: As a traveler, it’s hard to get around because of the language barrier.

Truth: For the most part, it’s not difficult to get around in Japan using English. Except in rural areas, there is enough English everywhere that it’s hard to use only Japanese in any given day!

Most public transportation (except in some rural areas) features bilingual signage.. but I recommend doing like the locals, and using phone applications to travel. It’s much easier than relying on signs alone! You can find apps in both English and Japanese, and many feature convenient timetables.

Google Maps also offers train directions, though I’ve found the instructions are a little less easy to follow than local applications designed for the task. If you’re worried about the internet going out, you can take a screenshot of your planned travel, as I sometimes do.

In addition to transportation being convenient, many restaurants offer English menus (I still get offered these, even if I don’t need them!), and if you come across something that you *really* don’t understand, there are translation apps that allow you to decode written language in real-time. 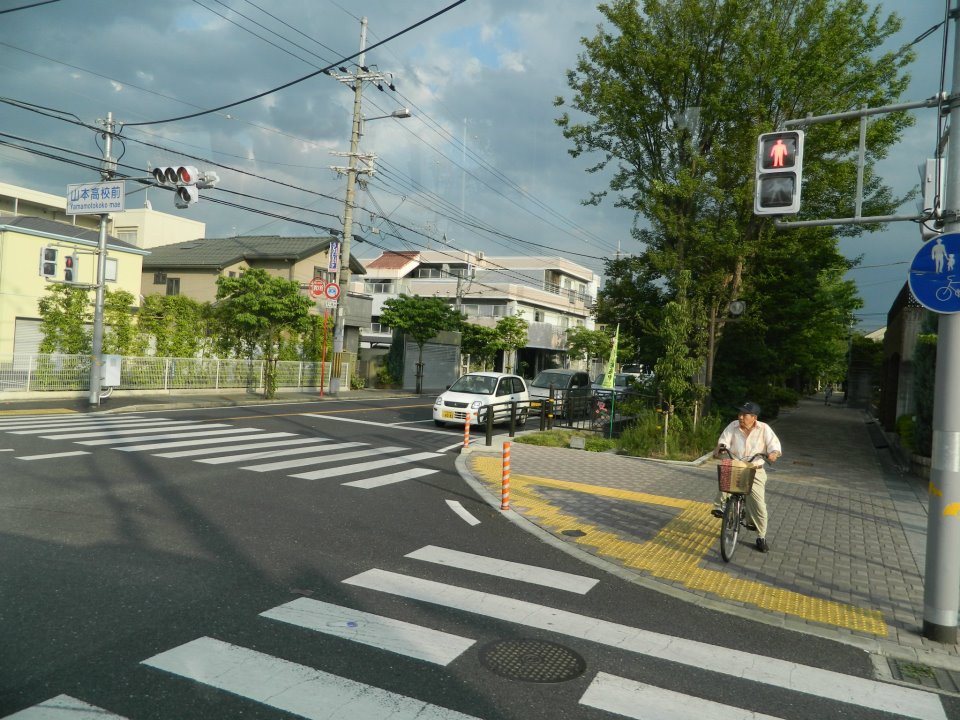 Truth: We do eat these, but not with the frequency that people think! Sushi and raw fish are usually for special occasions, and teriyaki sauce is not as much of a Japanese staple as many seem to think.

In addition, Japanese meals are different from western meals because they are often served as a “set”. For example, it’s common to eat several dishes together during a meal, such as rice, miso soup, pickled vegetables, and fish.

It’s a balanced way to eat, and the flavors complement each-other. Aside from typical Japanese food, you can also find everything from pizza to French pastries to kebabs and Indian curry available for purchase.

Misconception 3: People are super friendly, and they love to hug!

Truth: I’m not sure why, but I’ve heard this from a few people outside of Japan.. The truth is that there are lots of Japanese people who are friendly! However, many Japanese are reserved and quiet.

As you get to know people better, they may warm up to you. As a generalization, few Japanese feel comfortable hugging- but many of my Japanese friends have spent time abroad, and they are just as comfortable hugging as my friends from more physically affectionate countries.

Also, teens (especially girls) may be more physically affectionate with their friends than Japanese in other age groups.. and my mother-in-law has become more open to hugs after welcoming an American daughter into her life! 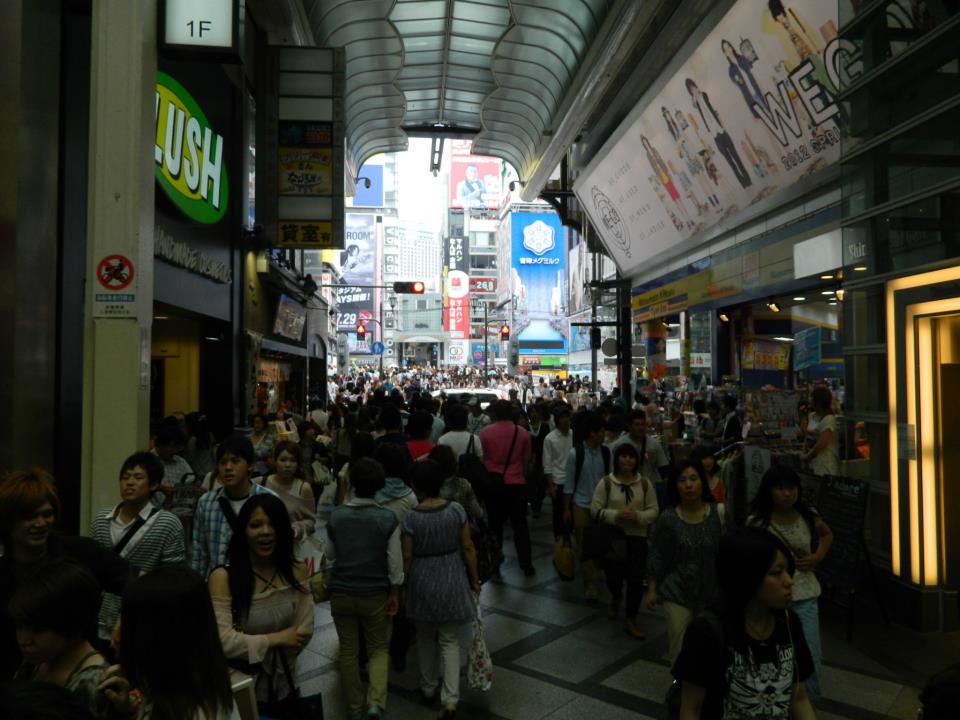 Truth: There are people who do this! It is especially popular in areas of Tokyo such as Akihabara, Shinjuku, and Harajuku. But, it is *not* the majority of Japanese that participate in cosplay.

Some people come to Japan to experience cosplay, and if you stay within the aforementioned areas, or in tourist-frequented areas of Tokyo, you will probably enjoy yourself. I have had short-term tourists claim this is “normal” Japan..

But as most locals will tell you, areas where cosplay is appropriate are exceptions – NOT the rule.

Once you go into the more local areas where there are fewer tourists, or once you learn enough Japanese to know what people are saying behind your back, you may feel a noticeable difference in the environment and in the acceptance level of others.

I don’t share this to discourage those who are interested in these pop-culture aspects of Japan (as a theatre person, I like costumes!), but to help people understand that Japan is much more traditional and perhaps even “uptight” than they may expect.

A comparison that westerners might understand is that Japan is “the Britain of Asia” in terms of “old-fashioned” expectations about how you should dress and speak, general public decorum, etc.

This shouldn’t affect you much if you’re visiting short-term, so if that is the case, don’t worry about it. However, if you plan to live here long-term, it’s good to know so that you don’t experience any shock or disappointment once the initial high of living in Japan wears off. 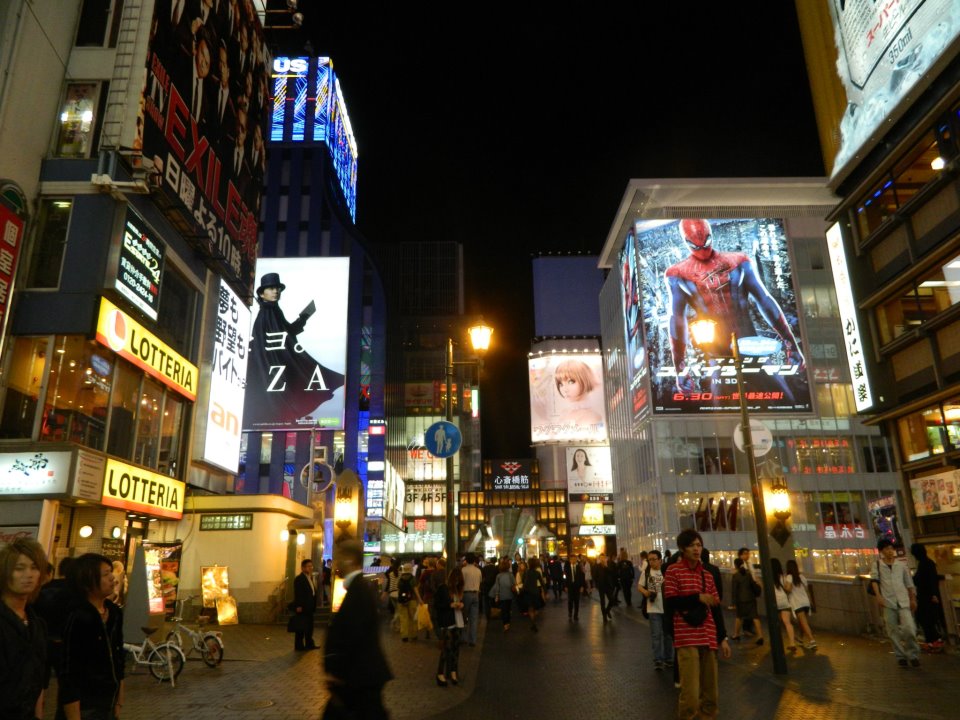 Truth: In some ways, it is! Most Japanese toilets are more advanced than in industrialized countries like America. Also, many people own “pocket WiFi”, or mobile WiFi devices that you can bring anywhere, and which can provide an internet connection to your cellphone, laptop, tablet, or other electronics.

We have a mobile WiFi device, and it is super convenient and affordable! However, you may be surprised that it’s not always easy to find a WiFi connection in Japan (thus the mobile devices), and many schools (and some workplaces) seem behind in terms of technology integration.

When it comes to technology, Japan is a mix between being ahead of the curve and behind it.. which reflects how Japan in general is an interesting blend of the ancient and the advanced, with seeming anachronisms like stone temples situated between skyscrapers.

Truth: Japan does have four distinct seasons, but depending on where you’re from, the weather might not meet your expectations. For example, you may not realize that Japan has a rainy season in the summer, and a typhoon season in late summer/early autumn. It rains a lot!

The spring and fall might also feel relatively short in comparison to the long summer and winter seasons. Often I feel that the weather can be quite extreme, turning from brisk, snowy days to sweltering heat with a shorter transition than I experienced living in the U.S.

Truth: This is an unfortunately common misconception. It’s like saying that Canada or Mexico are the same as America, or that France is like Spain or Ireland. While there are definite similarities- people are people- there are distinct differences as well.

The food, culture, customs, behaviorism, politics, and languages in these three countries are not the same. I can also usually tell Chinese, Koreans, and Japanese apart, because people from each country have relatively distinct and unique facial features.

Misconception 8: Japan is an ancient and foreign place.

Truth: Japan is a blend of old and new, but I think that many people expect it to be incredibly foreign and far-removed from their native culture. While there are beautiful cultural aspects of Japan that you can experience such as tea ceremonies, kimono-wearing and ikebana, the truth is that Japan is also a modern industrialized country.

People do not go to work wearing kimonos (unless they work at a kimono shop, perhaps..), and you will not find any ninjas or samurai (unless you attend a cultural event for tourists, etc.). 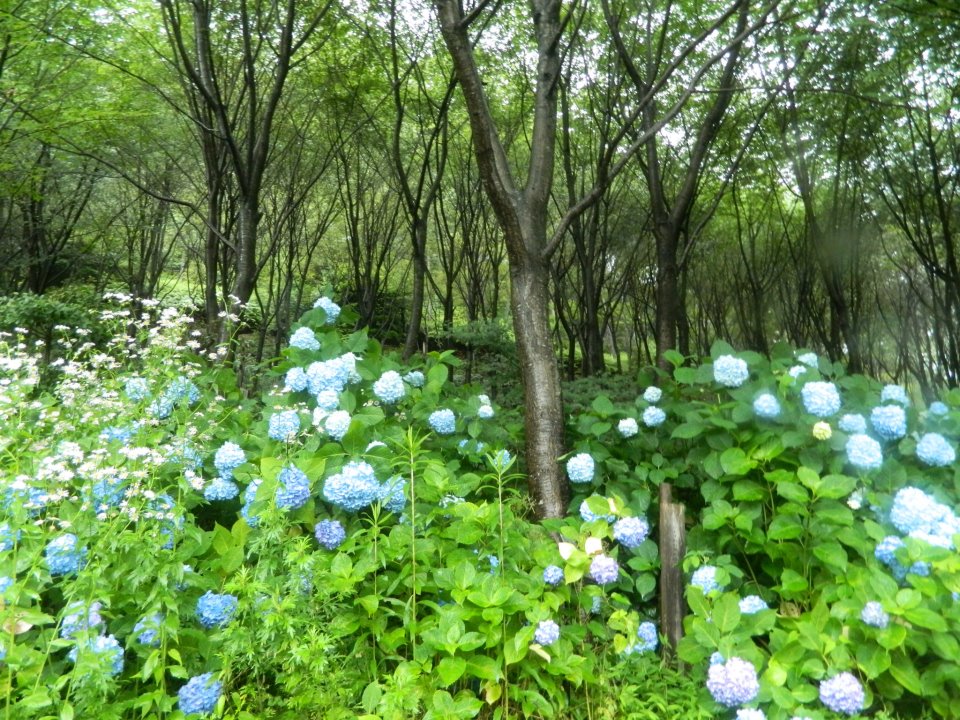 Truth: Some houses have one or more tatami rooms, and houses in the countryside especially may feature more traditional elements such as painted screens or tiled roofs. Sliding doors are also popular in Japan!

But, many people do not live in houses with any tatami rooms or with any traditional exterior elements. Our home in Yokohama does not feature such elements, but our future home in the countryside features both “western” style rooms, as well as traditional tatami rooms with screens and sliding doors.

Misconception 10: Japanese “electronic” toilets are really complicated to use.

Truth: Well.. actually this one is somewhat true. However, it’s more an issue of literacy (what do all the buttons and kanji mean?!). Since toilets in Japan are not as standardized as in America and Europe, you might be in for a surprise the first time you attempt to use one!

However, this handy guide has all the info. you need to make a visit to the restroom as painless as possible.

Do you have questions about what it’s like to live in Japan? Do you know of any other misconceptions about life in another country?

**All of the photos in this post were taken by Hannah Haruna, in the Kansai area of Japan.