**Warning: the following post includes discussion of pregnancy and miscarriage in Japan. Please do not read if it makes you uncomfortable.**

Does it seem strange to talk about miscarriage at the beginning of a blog about our family? While it is tough to share about this part of our lives, we believe that loss is also a part of life that ought to be recognized.. and it’s sometimes from the ashes that come beauty and joy.

We we were expecting our first child on July 29th, 2018, but I miscarried in the 3rd month of pregnancy.

While we believe that everything that happened is a part of God’s plan and trust His future for us, the following is an honest look at what it is like to experience both early pregnancy and miscarriage in Japan.. I hope it is helpful women who might experience a similar situation, to answer your questions, or to offer comfort through knowing that someone else has been through the same situation.

Please note that I am NOT a doctor, so please do not take any of the following as medical advice, and also note that every woman and every pregnancy and miscarriage are different. 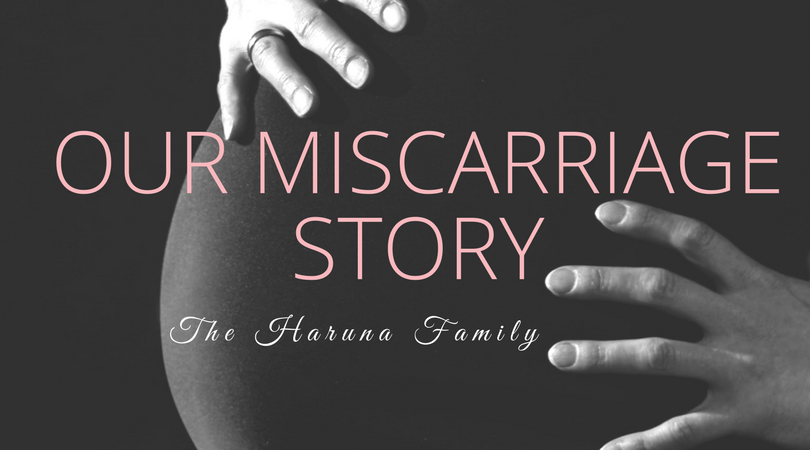 I found out that I was pregnant quite early on. I knew that something was different, because I was standing on a crowded train in Tokyo, and suddenly had the urge to vomit. My sense of smell also became unusually strong, and I had a slight backache. I didn’t feel badly otherwise, but took my temperature and it was high several days in a row. We booked an appointment with a clinic just before I had reached what we later found out was 4 weeks pregnant, and went in on the first day of what would have been the expected start of my period.

The doctor confirmed a pregnancy, and we made follow-up appointments. He was shocked that I came in so early. I was too, especially since my cycles are irregular. The clinic provided me with a “congratulations” paper showing my due date, as well as a small photo book in which to keep ultrasound photos.

After a while, we registered our pregnancy with the local city office- this is a step that you do in Japan to gain access to all sorts of medical freebies, since prenatal care can be otherwise expensive. We might have gone in sooner, but mistakenly thought we needed a certificate/proof of pregnancy to register.

The office provided us with a mother’s handbook in English, and a bag and key-chain with a “maternity mark”. I was anxious to get the key-chain because of my nausea and train sickness, and hoped it would help me get priority seats on the trains. We later discovered that the key-chains can also be provided directly by almost any train station in Japan, free of cost.

The city office counseled us on basic information about the birthing process in Japan, and illustrated guide-maps of each month of pregnancy, as well as the steps a child might take in the Japanese education system.

They asked questions such as whether we had decided on a hospital for the birth (Japanese hospitals can become booked quickly for maternity appointments). Since I am American, they provided information on the international community and meet-ups of pregnant women and mothers. The counseling was all in Japanese.

At quite a few points, I felt like my head was spinning with information! It felt as if we were already planning our child’s whole education!

The vast majority of the materials I received were in Japanese, which meant going through them slowly afterwards, and discussing with my husband when there were too many kanji.

The hardest part of pregnancy was the nausea.. I had expected some, but I never thought it would be as bad (or inconvenient!) as it was. My boss allowed me to eat in another area during lunch, because the smell of most food made me feel sick. I was unable to eat almost any meat during the whole pregnancy, and started rapidly losing weight, for a total of 16 lbs lost (7.2 kg, for metric-lovers..). 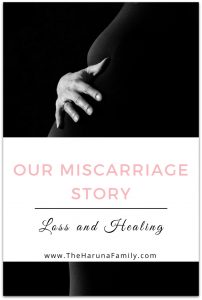 We thought that aside from the nausea, the pregnancy was going well.. until one day we had an ultrasound, and the doctor informed us that the baby had not grown much.

He advised us that our pregnancy could be in danger.

Masashi and I were both in complete shock. Disappointingly for someone used to American medicine, the doctor did no hormone or blood checks at that time, or at any other point during the pregnancy.

I did a lot of research, and came across a few studies that said that some women have been advised to discontinue pregnancies that continued to be successful. I’ve always been the optimist and prefer to trust God with this sort of thing whether it goes well or ill, so we prayed and waited.

At our follow-up ultrasounds, no good news came.

Finally, one day I felt my abdomen starting to pulsate, and the doctor confirmed that I was beginning to miscarry. He recommended a d&c (dilation and curettage, a surgical termination), but he was fully booked with d&c for several weeks. I knew I wouldn’t be able to wait it out that long even if I wanted to, and was also aware that d&c are prescribed as a matter of course in Japan and not always necessary.

Due to low fertility and many women waiting until their mid- or late-30’s to start a family, most women in Japan want to try to conceive again as soon as possible after a failed pregnancy, so d&c in the country are viewed as convenient and safe. My doctor seemed to think I was not very bright for opting to go through a natural miscarriage, despite that he was booked with d&c, and natural miscarriage is.. well, natural (while it is rare in Japan, about 50% of American women choose natural miscarriage).

In retrospect, I wish I had been even more assertive to the doctor about my views from the get-go! Maybe then I would have realized earlier that we were not a very compatible team, and might have switched doctors.

I asked my doctor some questions about what to expect, and he became agitated and loud, reprimanding me in Japanese with the equivalent of, “don’t you think you should ask those after the miscarriage is complete?”. This was upsetting, since many of my questions pertained to the  miscarriage itself, and as far as I know are considered “normal” questions to ask at such a time. Afterwards, a nurse pulled Masashi and I aside secretly, and answered my questions. She could probably see that I was upset by the doctor’s callous behavior.

After the eventful day, we returned home.. however, that night contractions started, and lasted about 12 hours. The doctor had said that my miscarriage could be like a “heavy period”, however, my body went into early labor.  I was not prescribed any medicine or been informed about pain management, and at some points I was in so much pain that I could not speak or move, and felt as if I might pass out from pain. After the main “materials” of miscarriage were gone, the pain lessened but continued, along with continuous bleeding. I could not walk, except to use the restroom.

Later, I learned from my mother that I needed a RhoGAM shot within 72 hours of the start of bleeding, because my blood type is O-, and Masashi’s is AB+. This is to protect future pregnancies, since exposure to Rh+ fetal blood could cause my body to build antibodies that might attack a future child. This had never occurred to me, and through an oversight, my doctor had never informed me about it or asked about the Rh +/- of my blood type. We went to a hospital and waited for 4 hours to receive the Japanese equivalent of the shot..

Prior to going, I researched online, and learned that only around 0.5% of Japanese have O- blood type and few have Rh- blood, so for the most part only large hospitals carry the shot. Fortunately, we were able to call and find a hospital that carried it. Another clinic also offered it, but with the equivalent of a 300$ price tag not covered by insurance (through the hospital, we paid about 80$, with the rest being covered by insurance).

While the physical part of miscarriage takes a lot of healing and recovery, which I am still experiencing, it is perhaps the emotional and spiritual aspect that can be the most difficult. While this has been happening, I have felt grief – and sometimes it seems as if the physical pain helps with the grief process, giving a validity to what I have experienced.

Through everything, I am thankful that we have been able to share with family and friends about this experience. Women around me whom I had assumed had only healthy pregnancies shared about their miscarriages and infant loss, helping me see that pregnancy and infant loss is much more common than most people realize. It is something that I wish I had understood better before it happened.

Masashi and I have also developed an even deeper trust in God. It is indescribable how pregnancy changes you. I don’t think you ever expect to develop such a deep love for a child that you cannot see.

I also never thought that I would experience miscarriage, and it made me realize that although we think of such things happening to “other people”, we truly do not have the final say over our future plans, our bodies, or life itself. I cannot create life on my own.

Experiencing a miscarriage also taught me that my body is powerful.

I know it might seem like the opposite, but I realized that my body knows what it’s doing, even if things didn’t turn out the way we expected. Going through a natural miscarriage especially, while not something that I would necessarily recommend, (it’s a personal choice whether d&c or natural miscarriage are right for you) showed me that my body knows how to put itself on the road to healing and recovery, even if it means accepting loss.

I know it’s easy to fall into the trap of thinking that your body is broken- but everything has its own time and season, and the human body is incredibly resilient.

While it is sad and disappointing to go through all of this, we also believe that God’s plans are good. Not just when it’s easy or happy, but all the time. As my body recovers, we are prayerfully stepping back from some things, and evaluating our next steps with gentleness.

There is no rush.

This year I have decided that I want to focus on loving others, and continuing to grow with my husband. When you lose someone you love, you never want to lose the chance to love those you have as much as it is within your capacity. We are also looking at our bucket list, and thanking God that despite our sadness, we have the blessing to be able to do more things that we couldn’t do if we were raising a newborn child (like traveling overseas.. more on that later!). We still hope to grow our family in time, but accept what we are given with our hands open, ready to receive or to let go.

It’s not the way you expect to start a year, but when you start at the bottom, it feels as if the only way left to go is up. 🌈

4 Comments on Our Miscarriage Story