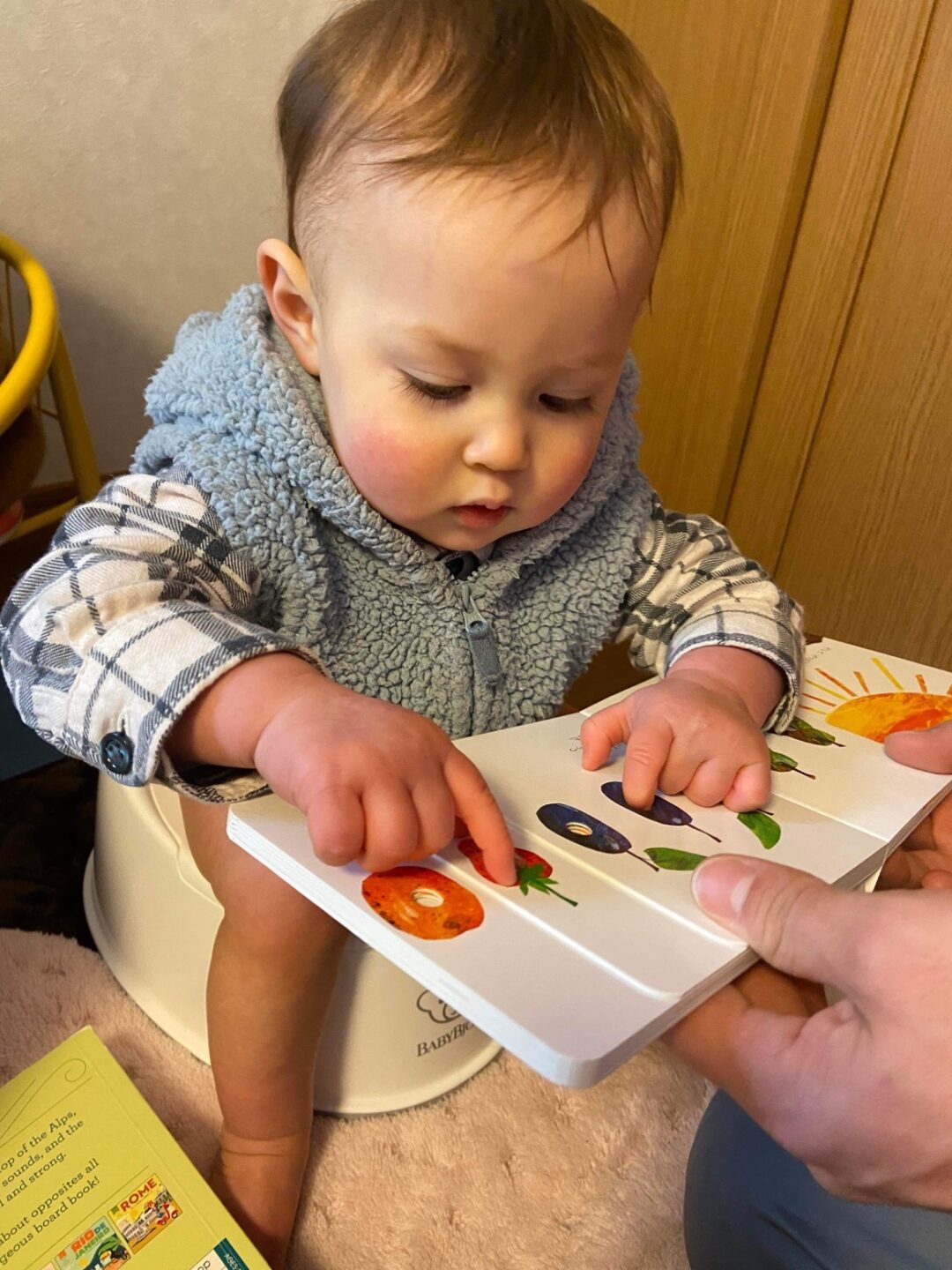 When you talk about early potty training, there are often several negative responses.

You have to wait until toddlers show “signs of readiness” and are developmentally ready to train.

You can’t train a child before they can talk. Why force your child to potty train early?

There is no rush. It’s not a race to grow up.

The truth is that there is NO one way or perfect timeline to potty train a child, and every child (and family) is different.

A child is not “better” or “worse” for starting potty training later or earlier. However, it is also incorrect that early training is harmful, forced, or reflects a parent’s desire to “rush” childhood milestones.

In fact, early potty training can be gentle, relaxed, fun, and have many benefits.

Our son started early potty training in January 2022 at 10 months of age.

Below we share our experiences with early potty training as parents still currently in the thick of raising a toddler: the method we are using, how it’s going so far, and answers to some questions about early training for those who might be interested in trying it with their child.

Q: What is early potty training?

By “early”, we mean earlier than what is currently socially / culturally acceptable. In the past (before disposable diapers became popular), children usually potty trained much earlier than now, so this view of “early” has also shifted.

For example, in the 1800’s, almost all children trained within 1 year of age!

However, this shift is a product of changes in society as a whole, and not necessarily because disposable diapers became popular.. people are spending more time outside of the home, living in double-income households, utilizing childcare services, and etc.

Potty training can be more difficult in an environment where you are not spending a significant amount of time at the home, or if you switch between multiple caregivers.

That is why I want to emphasize that early potty training is NOT a one size fits all or a contest of who trains the fastest.

Your definition of early may also be influenced by where you grew up. In some countries and cultures, children still potty train much earlier than what is the norm in mainstream “modern” society!

Q: What method of early potty training are you using with your son?

A: There are multiple ways to do early potty training, and I am NOT an expert, so I can only share from my own experiences and choices.

I would call what we are doing more of an “approach” than a method, as we view potty training flexibly.

However, I have found the book Diaper-Free Before 3 very helpful!

It contains a wealth of information about myths regarding early potty training (such as the myth about “signs of readiness”), the history of potty training, the health benefits, as well as a gentle approach to early toilet training habits.

The book also contains advice for parents starting potty training later, or who are toilet training children with special needs.

We loosely based our approach off of this book, and I highly recommend it if you are looking for a simple source of information on early toilet training!

Some key concepts in the book include that between 6 months and 3 years, baby can get comfortable with the potty, practice sitting on the potty for increasing amounts of time, and gradually develop consistent patterns of potty usage, accompanied with good eating habits.

Q: How has this approach played out in practicality so far?

A: When our son was 10 months old, we first introduced the idea of sitting on a potty. At this time, our goal was NOT to get our son to use a potty consistently, but simply to become familiar with the concept of sitting on the potty, and feel that it was a fun experience, rather than something to be avoided.

In January, we began offering him the opportunity to sit on the potty just once a day, in the morning after he woke up.

Over time we slowly increased the amount of times that we offered him the potty. At first we aimed to have him sit for just a minute or so, but slowly we increased the time to about 5 minutes of “potty time” (per sitting), offering in the morning, after meals, and before bed.

Within a month of setting these patterns, our son started to not just sit on the potty, but relieve himself at least most of the time it was offered. We also started to anticipate when he might need to use the potty based on cues (such as scrunching up his face), and offered him the potty at those times.

We never made it a big deal if the potty was offered and he was unable to use it, as the point was just to familiarize him and get him used to patterns – not to “force” him, or expect him to be fully trained.

Since our son responded positively to toilet training up until this point, we introduced more vocabulary. We frequently used words in English and Japanese such as “diaper”, “potty”, “pee”, “poop”, etc.

Gradually our son began to pick up on these, and realize the connection between the discomfort of relieving himself in his diaper, and being changed/using the potty, and began to prompt us with the word “diaper” when he wanted to be changed.

Later, he began to use the word “diaper” preemptively when he wanted to use the potty, and not just when he needed to be changed. Since then, he has been picking up on other vocabulary as well.

Q: Are there any things that you have done differently from the book Diaper-Free Before 3?

A: We deviated from the book by continuing to use cotton cloth diapers rather than switching to cotton underwear (which we plan to do at a later time).

Most importantly, flexibility is more important to us than following patterns perfectly in every situation. For example, if we have a busy or stressful day, we might drop some potty sessions for that day, unless prompted by our son.

A: No! Our son recently turned 16 months and is still not fully trained, but will verbally let us know when he needs to use the potty or be changed almost every time (unless he is too busy having fun and forgets!!). He often tries to undress himself and/or remove his diaper when he wants to relieve himself or be changed.

Generally a baby trained with the Diaper-Free Before 3 approach can be fully trained (with occasional accidents) by about 24 months of age.

However, we do not have a set timeline for potty training completion, and will continue to set toileting patterns and opportunities for our son with following his pace.

It is also important to realize that expectations about what it means to be “fully trained” may differ. To some, this may mean being completely accident-free, which is unrealistic for toddlers!

Q: Do you have any tips for people considering early potty training?

A: Although we are still in the midst of training, here are some things that have helped us thus far!

First, we started cloth diapering our son from 3 months old (see here), which can help with the switch to potty training as baby can “feel” wetness, and will desire to be changed more consistently.

Second, each time we offered the potty, we had a basket of toys and books available for him to enjoy while he sat, and would read him stories and talk to him. To keep his interest high, we would make sure that the toys and books were ones that he didn’t have frequent access to play with except during “potty time”.

We also recommend the Baby Bjorn potty, which is perfectly sized for little bodies and easy to empty.

Finally, early potty training might sound intimidating, but while it does take some commitment and patience on the part of the parent or caregiver(s), it is probably not as hard as you might think.

Q: Did / do you have any problems with potty training?

A: Potty training has its ups and downs, no matter what method or approach you choose!

Sometimes our son is unwilling to sit on the potty, and other times he is too involved in playing to tell us that he needs to go. In addition, he regressed with using the potty slightly during the moving process, since it wasn’t a priority for us during the massive shift to a new house.

However, with some patience and love, it’s possible to make adjustments where necessary and be flexible when needed.

Q: Is it really worth it to do early potty training? Isn’t it inconvenient?

A: Unlike cloth diapering, which I feel is not super inconvenient compared to disposable diapers, I do feel that early potty training is somewhat inconvenient (at least in the short term!). Not scary or hard, but an extra task that takes commitment.

Despite this, for us, it is definitely worth it.

You do have to invest time and energy with setting patterns, and be responsive as you follow your child’s pace.

Yet, children that start early usually finish earlier (in most cases, resulting in less lengthy diapering and fewer accidents!), and watching your child’s natural progress is rewarding, too!

Although helping our son with toileting was more time-consuming in the beginning, now it is so much easier to take care of him as he can tell me when he wants to be changed or use the potty.. saving a lot of time, and leading to less laundry!

I don’t believe that early potty training is right for everyone, BUT if you’re interested and if it’s right for your child, I definitely recommend giving it a try!

Do you have any questions about early potty training?

Your information will *never* be shared or sold to a 3rd party.
0 Comments
Share 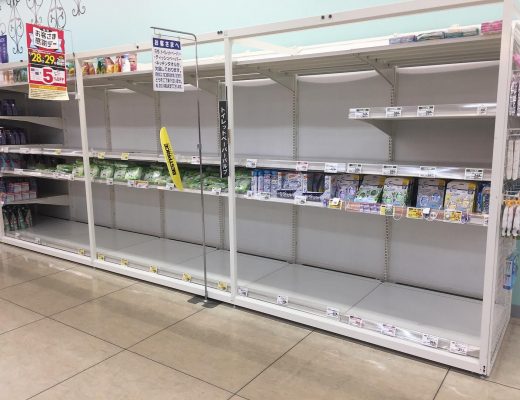 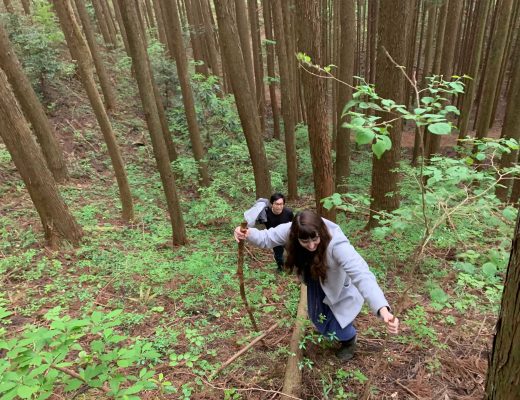 Overseas Travel With An Infant 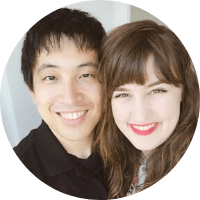 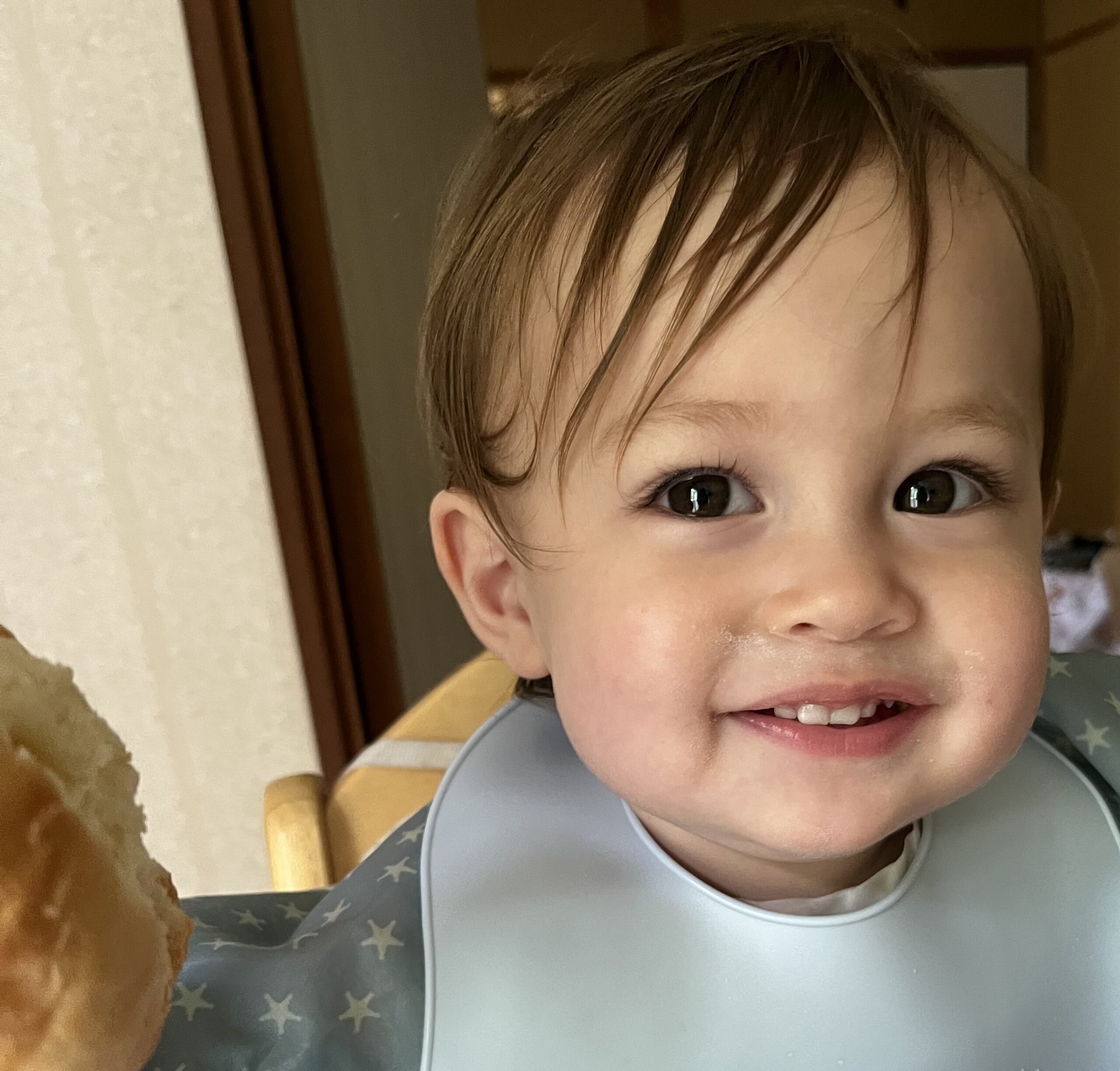 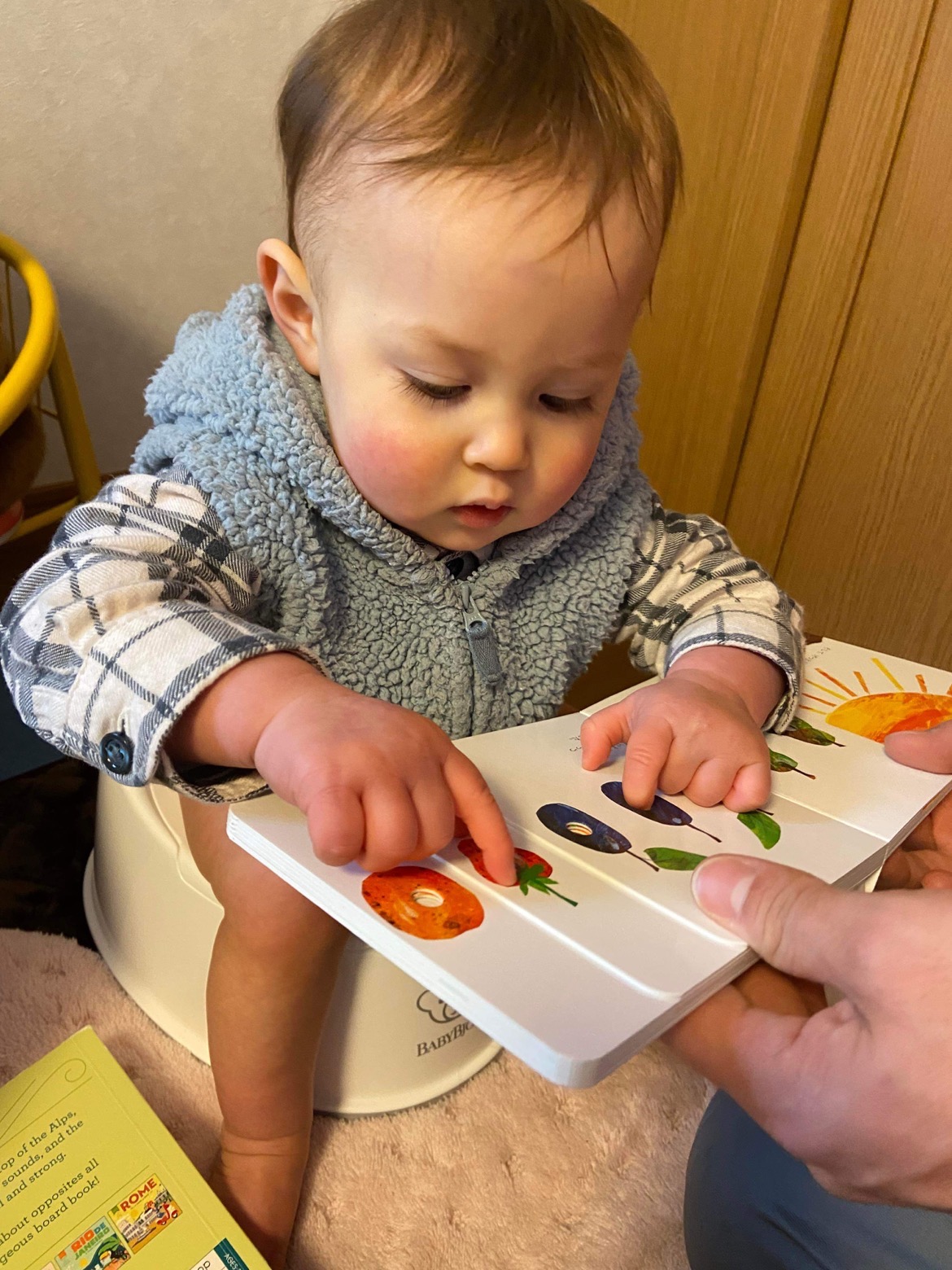 A morning walk to the chicken farm and a shop whil

We had a busy day and my husband was taking a nap,

Another day of sand and salt water during the Japa